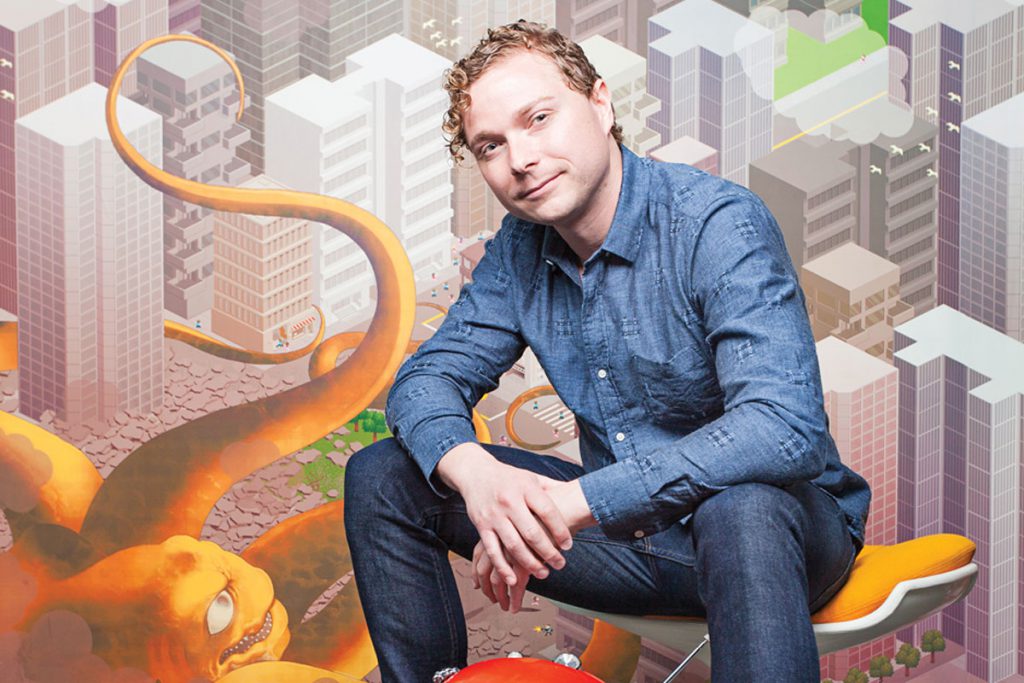 Skye Boyes was 24 when he turned down an $8-million offer for his video game company, XGen Studios, the maker of such titles as Stick RPG and Super Motherload.

He was a fearless adventurer who loved to travel, play music with his bands, and explore new hobbies.

Boyes died Oct. 12 in a Vancouver hospital after suffering a cardiac arrest caused by an unspecified medical condition. He was less than three weeks away from his 33rd birthday.

He leaves behind his wife Kaelyn, his father Dale, his mother Mary, and his sister Jessica.

Boyes, who was born and raised in Edmonton, started writing computer code as a child and later studied computer sciences at the University of Alberta.

He got his first taste of online success with Stick RPG, a Flash-based game which allows users to control the life of a stickman. Boyes posted his creation on a web forum, newgrounds.com, in 2003, then watched the game rack up more than one million plays in the first month, plus revenues from banner ads.

He soon dropped out of university to focus on XGen. Over the years, he released several successful titles, including Defend Your Castle for Nintendo Wii; Motherload, an online digging game; and its sequel, Super Motherload for PlayStation 4. At one point, another company offered to buy XGen for $8 million, but Boyes didn’t want to give up control.

“Skye was one of the first successful Flash game developers. A lot of those games he created in his basement wound up being influential games. This is a little-known fact, but Minecraft (an award-winning game, which was bought by Microsoft for $2.5 billion) was influenced by a game, Infiniminer, that was influenced by Skye’s original game, Motherload.”

Carmichael says Boyes was an “extremely generous” boss who listened to everyone’s ideas.

“It made for a really creative environment where you didn’t feel like you were being judged,” says Carmichael, who was first hired as an intern in 2007.

“He treated everyone like they were his friends. He hired people he really wanted to hang with. It was so fun to be there, we’d always stay late. We wanted to make sure we were a successful company so we could keep having this fun.”

Video games, however, didn’t define Boyes. He was just as passionate about music, playing guitar for Edmonton bands such as Triple Exposure, kickupafuss and Them Locals. XGen’s office also included a drum kit, a bass, guitar and amps, so Boyes could jam with co-workers during breaks.

The two loved travelling and working together — Kaelyn looked after XGen’s books. In 2010, they backpacked through Australia, New Zealand and Thailand. Last year, they went to Taiwan, Korea, and Japan.

“Skye was very shy but the nicest guy in the world,” says Kaelyn. “He never said anything bad about anyone. He was just really fun. At (gaming) conferences, he was a different person —  outspoken, so good at networking, and a lot of people in the industry wanted to talk to him.

“He was also eager to do anything. I was a snowboard instructor and he didn’t really snowboard, but he came with me every weekend. He got really good at it, eventually.

“He did more in his lifetime than some of us will ever do. I’m going to miss the roller-coaster because it was always very exciting being his wife.”

The couple moved to Vancouver last year so Kaelyn could study interior design. But Boyes was still as involved as ever with XGen, working on the next title, The Low Road, an episodic adventure game about industrial espionage set in the world of 1970s professional racing.

Kaelyn will now take over the day-to-day business of the company, while Carmichael will oversee the technical side. Completing The Low Road is XGen’s top priority.

“We’re all trying to do what Skye wants and continue to live life, hopefully soon enjoying it as much as he always did,” Kaelyn writes in an email. “We are continuing to run XGen … and see it as way to continue Skye’s legacy.”

Summer 2017, XGen proudly completed The Low Road (available on PC, Mac, Linux, and the Nintendo Switch) dedicating the game in memory to Skye. XGen Studios continues to be a successful indie video game studio located in Edmonton, and will celebrate its 19 year anniversary in January.

This post is a reprint of an Edmonton Journal article titled “Life and Times: Video game developer and musician was fearless” from November 27, 2015 by Sandra Sperounes. Posted with permission from Sandra. twitter.com/sperounes