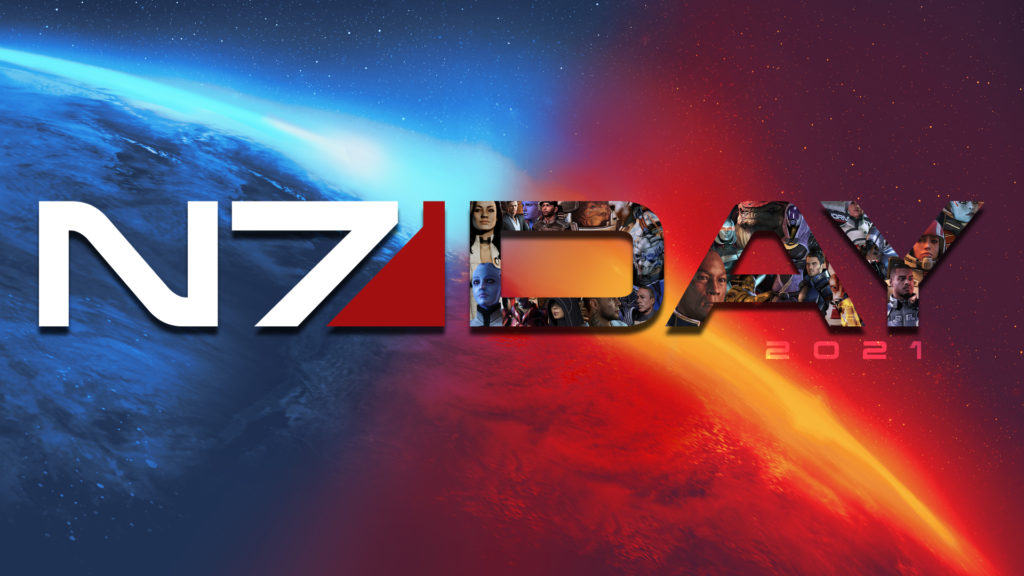 In amongst all the complaints about the Daylight Savings and having to deal with an hour time shift, a glimmering reminder blinked at me this morning. Today is Mass Effect Day. Bioware’s iconic franchise that changed the face of gaming world wide. Growing up in Edmonton, Bioware employed many of my friends. I was always just a bit outside of the culture (I had a young family in the days when crunch was expected and people tended to eat, work, and sleep on site). I was fortunate enough to be at E3 when Mass Effect was just starting to get rolling and there was a hiring frenzy in that LA convention centre and I remember seeing the lineup to talk to an HR rep that was as long as the lines to get into Rockstar’s chain-link fenced compound on the show floor. I remember thinking with a degree of envy that here was a game studio from my home town being celebrated as one of THE top game studios in the world. I am sure it was a heady time for Ray and Greg.

Over the years, I have had the opportunity to talk to a lot of people about Bioware prior to its acquisition by EA. One that stands out was the perspective that Ray and Greg ran the company with an emotional core. That’s particularly challenging to do, especially as your team grows to hundreds of people and encompasses multiple cities. What does it mean to lead from an emotional perspective? It means that you know who the person is that you are talking to. It means that you factor into your conversations their personality, their sense of humour, their current life circumstances. In contrast, large companies can fall into a trend that has its team engaged in transactional interactions. Your interactions become a matter of checks and balances that remove personhood out of the equation.

Bioware made Mass Effect an emotional game. The culture of the company is baked into the game (for better or worse) and when you play Mass Effect you are encountering the product of work generated by a team that was driven by an emotional commitment to their mission. At least, that is what I perceive. I might just be projecting my own personality on to the game, but that’s kind of the point isn’t it? A game should connect with you. A game should be more than the sum of the transactions you engage in. I remember reading a Wired article years ago about a gamer who did an overview of adult entertainment games and she exclaimed at one point that, “women are not pinball machines!” (I can’t find the article, I would link it if I could.) That statement resonated for me. The nuances of human interaction, even in the FPS genre, can enrich a game when those interactions are authentic. They can also be a total buzzkill if they are not authentic.

From the actor performances from the cast including Commander(s) Shepard Mark Meer and Jennifer Hale, to the concept art from artists like Matt Rhodes, the heart and soul of Mass Effect reflects the culture and collective personality of the Bioware team. I mention a couple of visible people here, but that does not reduce the impact of the level designers, game engine programmers, UX designers, and QA testers (and so many more), that make up the choir that contributes to the beauty created by Bioware.

So, today on Mass Effect Day, I think about the power of teams that are driven by emotional leadership and the vitality (albeit messy) that results from having the courage to remember the humans across the boardroom table from you. Today, I choose to remind myself to make that connection with those I work with and engage with who they are as people. Happy N7 everyone!